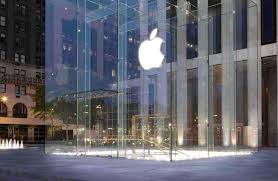 Apple compromised on Tuesday to eliminate applications from its broadly used App Store in the event that they don’t consent to a forthcoming private feature permitting clients to block advertisers from following them across various applications.

The new feature, named App Tracking Transparency, was at first wanted to make a big appearance this year, however was postponed to give designers more opportunity to make changes to their applications and address privacy issues.

Yet, Craig Federighi, senior VP of software engineering at Apple, said clients should know when they are being followed across various applications and sites.

“Early next year, we’ll begin requiring all apps that want to do that to obtain their users’ explicit permission, and developers who fail to meet that standard can have their apps taken down from the App Store,” he said at the European Data Protection and Privacy Conference.

The new feature will require a pop-up notification saying the application “would like permission to track you across apps and websites owned by other companies.”
Digital advertising firms expect here most clients will decay to give that permission.

“When invasive tracking is your business model, you tend not to welcome transparency and customer choice,” Federighi said, rejecting criticism of the new feature.

“We need the world to see those arguments for what they are: a brazen attempt to maintain the privacy-invasive status quo.”

Facebook and Google are the biggest among a large number of organizations that track online buyers to get on their habits and interests and serve them applicable ads.

Apple itself was under fire a month ago here when an Austrian privacy group, led by campaigner Max Schrems, filed complaints with data protection watchdogs in Germany and Spain, claiming an online tracking tool used utilized in its gadgets penetrated European law. Apple disproved the charge, calling it “really off base”.

Federighi said the business would adjust to give successful publicizing without intrusive following.

“Getting this right will take time, collaboration, listening — and true partnership across the entire technology ecosystem. But we believe the result will be transformative.”