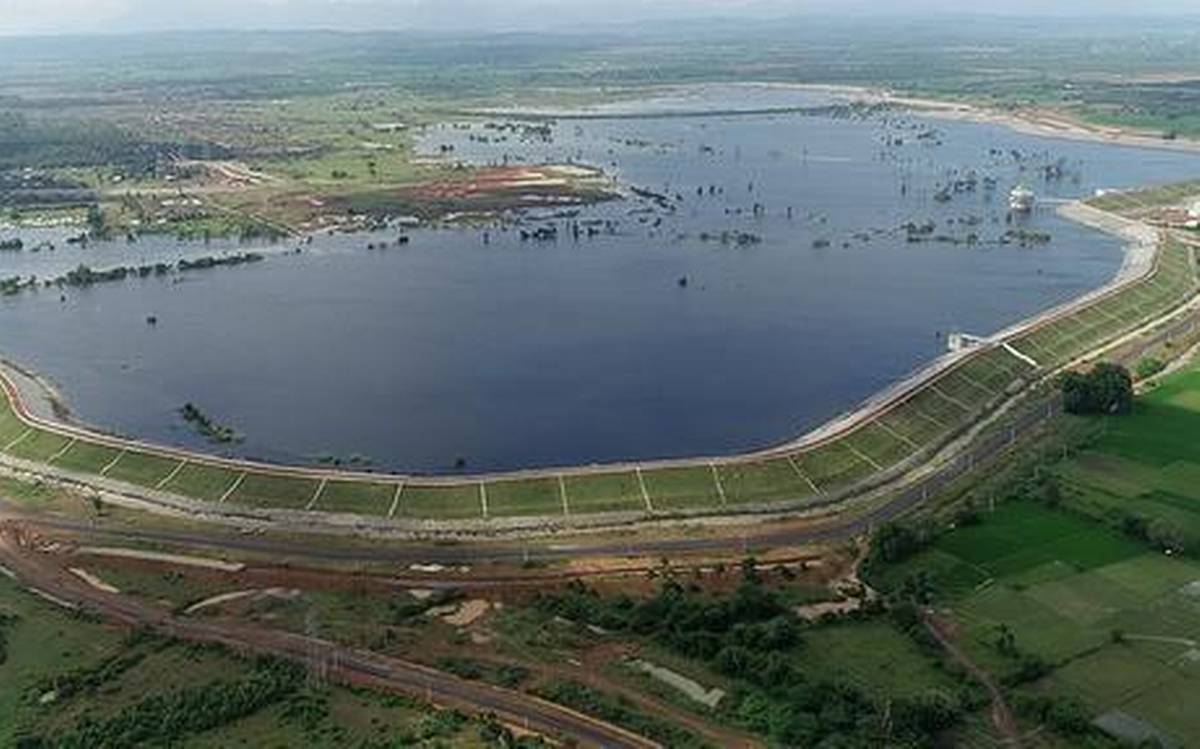 With the appointing of the Kannankottai-Therovy Kandigai supply on Saturday, Chennai will get a devoted repository for drinking water supply following a gap of 76 years.

Up until now, the Satyamurti Sagar at Poondi, worked over the Kosasthalaiyar during 1940-44 at an expense of ₹65 lakh, has the differentiation of being the main stockpiling guide framed for water flexibly toward the city. It was named after Chennai Mayor S. Satyamurti (1939-40) in acknowledgment of his endeavors to get the dam venture executed in the midst of the Second World War. On June 14, 1944, the then Governor of Madras Presidency, Arthur Hope, announced open the store.

Situated around 50 km from Chennai, the Kannankottai-Thervoy Kandigai supply, costing ₹380 crore, will store the Krishna water. This has been made conceivable through a 8.6-km connect channel, which will take off from the Kandaleru-Poondi trench. Around 1,485 sections of land was gained for the development of the repository. Through two fillings, the new office can store 1 thousand million cubic feet (tmc ft) in a year. It will encourage the gracefully of 66 million liters per day (MLD) to the city. The repository will likewise gracefully water for flooding 700 sections of land, as per an official delivery.

The repository will be the fifth stockpiling point for Chennai after the Satyamurti Sagar at Poondi, Cholavaram, Red Hills and Chembarampakkam. Despite the fact that the Veeranam tank in Cuddalore area additionally feeds to the city gracefully by method of 180 MLD for an extensive piece of the year, it is a water system supply.

The consolidated limit of the four repositories is 11.25 tmc ft. With the most recent one, it will go up to 11.75 tmc ft. On the off chance that all the five repositories are full on New Year Day (January 1), they can deal with the city’s water needs easily, as Chennai requires 1 tmc ft of water a month. The equilibrium can undoubtedly be given by Veeranam and two desalination plants of 100 MLD each, aside from groundwater sources.

On Thursday morning, the four supplies had a capacity of 7.097 tmc ft and Kannankottai-Therovy Kandigai had 138 million cubic feet (mcft). The State has gotten around 3 tmc ft of Krishna water from Andhra Pradesh so far this year.

N. Meenakshisundaram, a water activist-engineer, has invited the commissioning of the new supply. He needs the public authority to try to construct two additional supplies at Ramancheri and Thirukkandalam, which were mooted in 1983 at the hour of the introduction of work on the Krishna Water Supply Project.