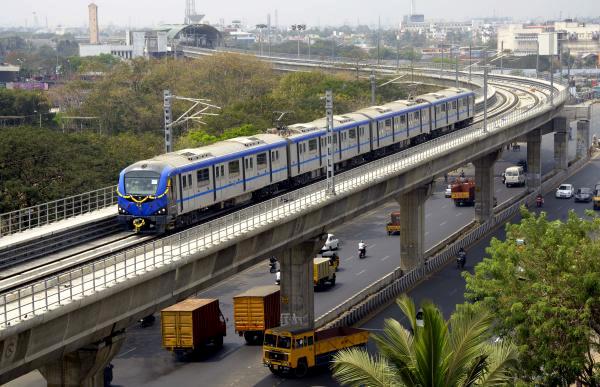 A Canadian organization is competing to bag the general consultancy works for Chennai Metro’s new 26.09-km line-4 which will interface Light House with Poonamallee Bypass through 30 stations. Kshitish Nadgauda, senior VP and managing director – Asia of Louis Berger, a part of Canadian firm Williams Sale Partnership Limited, disclosed to TNIE that the organization has just offered for pre-qualification in July. The offers are probably going to be declared by mid-October, he said.

In July, offers were welcomed for the construction of raised metro stations at Power House, Vadapalani, Saligramam, Avichi School, Alwartiru Nagar, Valasaravakkam, Karambakkam, Alapakkam Junction, and Porur Junction for phase-2 of the project. This section of the line-4 is by and large incompletely financed by the Asian Infrastructure Investment Bank (AIIB) through a $356.65-million (approximately Rs 2,700 crore) loan.

Other than a viaduct, this section comprises of 9 stations and a depot-line to train maintenance depot at Poonamallee and is the second raised package of line-4 on the forthcoming 118.9-km Chennai Metro phase-2 project. Back in July, the CMRL welcomed offers for a 7.955-km raised section for line-4, incorporated with line-5 for generally 4.2 km, between Power House and Porur Junction on Arcot Road. Nadgauda revealed to TNIE that the Canadian firm wants to set its base in Chennai and is likewise competing for the Chennai Peripheral Road project.