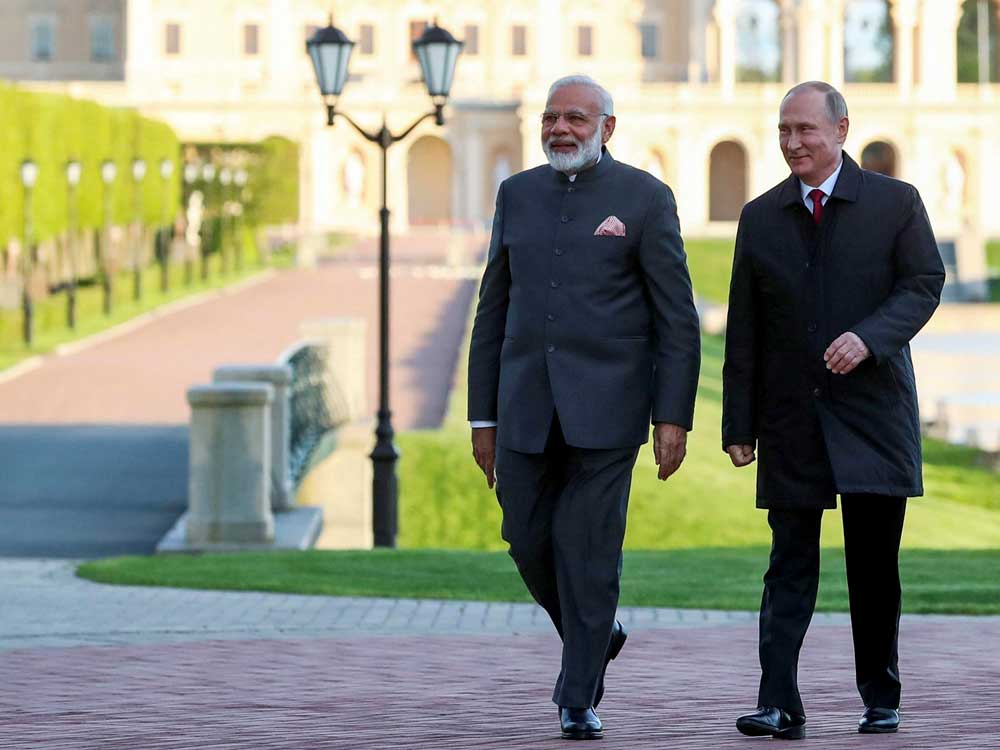 The Ministry of External Affairs (MEA) said Mr. Modi expressed gratitude toward Mr. Putin for his own promise to fortifying bilateral ties, and said he anticipated inviting him in India for the following India-Russia summit at a commonly helpful date.

It was Mr. Putin who started the phone call.

“Both leaders reiterated their strong commitment to further strengthen the ‘special and privileged strategic partnership’ between India and Russia, and expressed appreciation for the continued momentum in bilateral interactions despite the COVID-19 pandemic,” the MEA said.

It said they likewise alluded to the “recent productive” visits to Moscow by Defense Minister Rajnath Singh and External Affairs Minister S Jaishankar.

The two ministers travelled to Russia to go to isolate meetings of eight-country bloc Shanghai Cooperation Organization (SCO). Both Singh and Jaishankar held broad talks with their Russian counterparts during the visits.

The MEA said Mr. Modi expressed gratitude toward Mr. Putin for the successful Russian chairmanship of the SCO and BRICS (Brazil-Russia-India-China-South Africa) this year.

“He conveyed his eagerness to participate in the forthcoming SCO and BRICS Summit later this year, as well as the Council of SCO Heads of Government to be hosted by India,” it said.

As chair of SCO and BRICS, Russia is planned to hold the summit meetings of the two key groupings not long from now. India is set to host the annual summit of Council of SCO heads of government.

The MEA said the Russian president passed on his greetings on Mr. Modi’s birthday and the prime minister expressed his warm appreciation for the gesture.