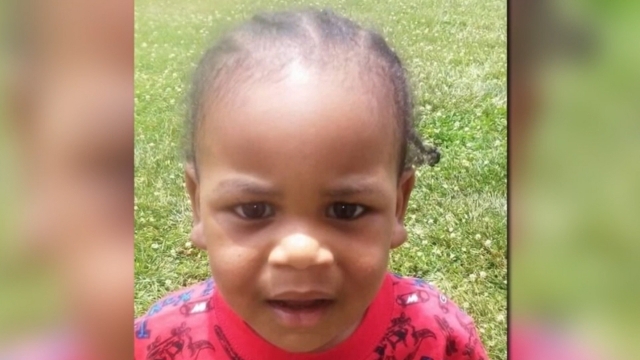 The theme of Mental Illness Awareness Week on October 2-8 is “What I Wish I Had Known.” The mental health industry watchdog, Citizens Commission on Human Rights International issued its Facts to Know About Psychiatry, which addresses the failure of psychiatric treatments to prevent or “cure” mental ill-health, while also causing physical harm and death. Highlighting this is the tragic suffocation death of Ja’Ceon Terry, a 7-year-old foster care child who was restrained in a psychiatric residential center in Louisville, Kentucky on July 17, 2022. In September, the medical examiner ruled his death a homicide.[1]

CCHR has filed complaints with the Kentucky governor, Attorney General and health authorities demanding justice for the boy.

It is the second high-profile death of an African American foster child in psychiatric institutions in recent years. In April 2020, 16-year-old Cornelius Frederick was restrained at a psychiatric facility in Michigan and a medical examiner ruled this death a homicide.[2]

Jan Eastgate, president of CCHR International, says: “Governments keep investing billions of dollars into psychiatry that promises to improve the mental health of the country, including for its children, but, statistically, the opposite has resulted and worse, there are a tragic number of deaths.”

— About 37.5% of child or adolescent inpatients in mental health facilities in the U.S. have been secluded or restrained.[3]

— Involuntary hospitalizations account for about 54% of admissions to U.S. psychiatric inpatient settings.[4] This is despite U.N. Human Rights bodies and the World Health Organization condemning coercive psychiatric practices, calling for an end to involuntary detainment and forced treatment or restraints because these constitute torture.

— In the general population, those taking antidepressants have a 33% higher risk of dying prematurely than people who do not take the drugs.[6]

Underpinning the problem is the Diagnostic and Statistical Manual for Mental Disorders (DSM), which Thomas Insel, former Director of the National Institute of Mental Health said lacks validity. DSM’s “diagnoses are based on a consensus about clusters of clinical symptoms, not any objective laboratory measure.”[7]

Eastgate says: “It is clear is that DSM’s use has not advanced understanding of mental issues, otherwise the statistics would be decreasing.”

— 45 million Americans take antidepressants. Worldwide, over 100 million people take them, with around 1 in every 100, or 1 million, ??becoming violent or suicidal.[10]

— Neuroleptics (“nerve-seizing”) such as antipsychotics are likely the deadliest of all psychiatric drugs.[11] One potentially fatal effect is “neuroleptic malignant syndrome,” with an estimated 10 to 20% mortality rate and, already 100,000 American deaths.[12]

— Mental health screening is embedded in many sectors in society, especially in schools. According to researcher Peter Gtzsche, M.D., “…the sure way of making us all crazy is to screen for mental disorders,” because, as an example, “the science related to screening for depression is of appallingly poor quality.”[13]

A 2022 Harvard Law School Project on Disability report points to the dreadful state of psychiatric institutions that “routinely employ coercive forms of ‘treatment’ that are intolerable in other settings.” Mental health workers “apply electroconvulsive therapies without safeguards, use prolonged mechanical restraints, or administer psychotropic medications without therapeutic justification.”[15]

These are points Mental Illness Awareness Week does not discuss. To be fully informed, consumers and parents should also know about the failures, unworkable treatments and risks of harm and death.

[6] “Antidepressants may raise death risk by a third: A new study suggests that common antidepressants may pose a serious risk to health; they drastically raise the risk of mortality,” Medical News Today, 19 Sept. 2017, www.medicalnewstoday.com/articles/319462