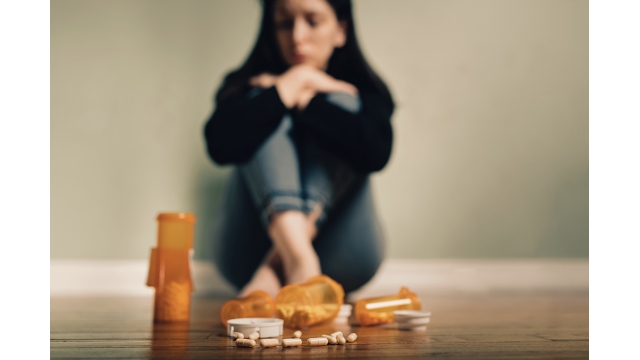 At the end of this year’s National Suicide Prevention Month held in September, one thing is clear: despite the huge financial investment in it and suicide prevention programs, there was a shocking lack of information about the role of psychotropic drugs as a precipitator or cause of suicide, according to the watchdog group, Citizens Commission on Human Rights International. Psychotropic drugs are documented in studies to induce suicidal thoughts and actions, but this is not highlighted as part of suicide prevention awareness month. In particular, the increasing use of antidepressants has been linked to rising suicides, as more than 45 million Americans are taking the drugs.[1]

Those suicide statistics reported also do not appear to factor in drug overdose deaths that may have been suicides. In 2017, 47,600 people died from overdoses involving prescription or illicit opioids; 39% of those whose worst overdose had involved an opioid or sedative reported wanting to die or not caring about the risks. A study using national survey data showed that people who misused prescription opioids were 40-60% more likely to have thoughts of suicide.[2]

Between 1999 and 2017, overdoses involving antidepressants more than tripled, from 1,749 to 5,269. In 2019, the National Institute on Drug Abuse (NIDA) reported 5,174 fatalities driven by antidepressants, sometimes in combination with other drugs.[3] It is not clear how many may have been deliberate overdoses.

Between 1999 and 2013 psychiatric drug prescriptions, including sedatives, antidepressants, psychostimulants, and antipsychotics, increased 117% from 197,247,557 to 427,837,506. During those same dates, death rates from an overdose of prescription psychiatric drugs climbed a whopping 240%.[4]

The month of September was first declared National Suicide Prevention Awareness Month in 2008. Suicide is an enormous tragedy, taking 45,979 American lives in 2020–24,292 by firearms and 5,528 by poison.[5] But this does not address how many of the suicides were committed by those taking psychotropic drugs that may have driven the decision to die.

Of CCHR’s documented 125 acts of school and community acts of senseless violence committed since the late 1980s by perpetrators with a history of psychiatric treatment, 46 committed suicide. A further 17 were killed by first responders, suggesting “suicide by cop.” In all, 50.4% could have been driven to suicide by mind-altering substances and/or years of failed psychiatric hospitalization, evaluations, and treatment.[6]

The increasing statistics on suicide, overdoses, and acts of violence resulting in perpetrator deaths indicate that increased funding for mental health services and suicide prevention has been a bottomless money pit, with worsening results, says CCHR.

Between 2008–the year National Suicide Prevention Awareness Month was announced–and 2013, one of the largest suicide research investments occurred, consisting of $50 million from the U.S. Army and $15 million from the National Institute for Mental Health (NIMH). NIMH also reported 267 federal suicide studies existed costing about $423 million.[7] In 2018, the Substance Abuse and Mental Health Services Administration also awarded up to $61.1 million in grants to be disbursed over several years for suicide prevention programs.[8]

Yet, out of the 130 suicides per day in 2019, 17 of those lives lost were veterans, according to the Centers for Disease Control and Prevention (CDC). Veteran suicide-related deaths are also increasing at a greater rate than that of the general U.S. population. From 2001 to 2019, the rate of suicide among Veterans increased by nearly 36% relative to an increase of 30% in the general population.[9]

Peter Gtzsche, a medical researcher, former leader of the Nordic Cochrane Center in Copenhagen, Denmark, and author of Deadly Medicines and Organized Crime: How big pharma has corrupted healthcare, states: “It is widely believed that SSRIs [antidepressants] only increase suicidal behavior in people below 25 years of age, but that is not correct. A 2006 FDA analysis of 372 placebo-controlled trials of SSRIs and similar drugs involving 100,000 patients found that up to about 40 years, the drugs increased suicidal behavior….”

He further stated that “psychiatrists have fought really hard to hide the terrible truth that depression pills double the risk of suicide, not only in children but also in adults.”[12] “It is abundantly clear that suicides, suicidality, and violence caused by SSRIs are grossly underestimated.”[13]

CCHR says these issues are imperative to be discussed in preventing suicide. There needs to be unmasking of the truth about the link between psychiatric treatment–including drugs–causing mental ill-health, self-poisonings, overdoses, suicide, and violence. Unless done, Suicide Prevention Awareness Month could be facilitating suicide, not stopping it.