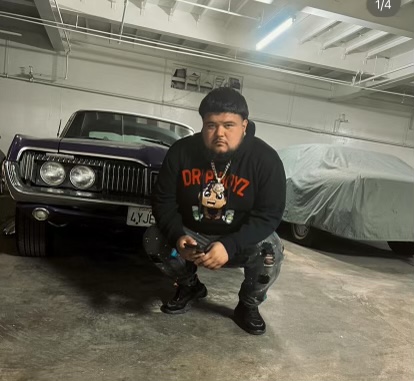 East Oakland, CA— New artist, 087Roach, is making a big impression on the music scene today. His newest release is getting all the hype from fans. Supporters say that Roach is “an artist to watch for.” Today’s publication includes his two new singles, Can’t Lose and Before The Come Up (feat. $ell).

087Roach’s latest singles inspire young artists looking for motivation to chase after their dreams. Roach’s music background dates back to 2018 when he signed a 1-year contract with Empire. From there, Roach was heard in an interview with MTV and Telemundo (a well-known Spanish channel). The discussion touched on the struggles of a young artist, Roach’s background, and the inspiration for his music. Roach has even appeared inside the studio with famous and beloved rappers, including, Mozzy, Lil Boosie, Ty Dolla Sign, Benny Soliven, Moneyman, and more.

Roach sends thanks for his success to his biggest supporter, BarbadBreed, also known as “Bar’. Bar played a huge role in Roach’s music journey. He acted as a friend and teacher, teaching Roach a lot about what it takes to make it in the music industry.

Roach has now been in the industry for 13 years and has set some big goals for himself. He encourages his listeners to run towards their dreams. Coming up from nothing, Roach emphasizes not letting anything get in the way of your goals.

Roach’s music can be found across several platforms, including Spotify, YouTube, Apple Music, and IHeart Music. Check out 087Roach’s latest singles to understand the hype and why fans say Roach is an “up and coming rapper with great potential for success.”