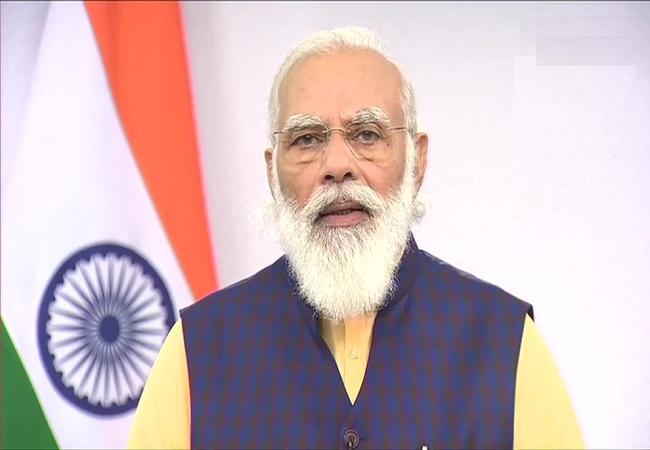 PM Narendra Modi on Monday said India’s energy is future bright and secure and that energy consumption to double over the long term and the nation’s energy will invigorate the world.

“A self-reliant India will also be a force multiplier for the world economy. Energy security is at the core of our efforts,” he said.

PM Modi was tending to the fourth India Energy Forum by CERAWeek.

In his address, Modi said, “Our energy sector will be growth-centric, investor-friendly and environmentally conscious.” He also said that access to energy should be affordable and reliable. He said the energy sector empowers people and furthers “Ease of Living” and he listed Government’s initiatives to achieve this. He said these initiatives particularly helped the rural people, middle class, and women.

Praising India’s endeavors of energy conservation, PM Modi stated, “In the last six years, over 11 million smart LED street lights were installed. This has enabled an estimated energy saving of 60 billion units per year. The estimated greenhouse gas emission reduction with this program is over 4.5 crore tonnes of carbon dioxide annually and monetary savings of around Rs. 24,000 crore annually.”

“Leading global bodies project that global demand will contract for the next few years. But these agencies project India as a leading consumer,” he said.

India, he stated, was on target to meet its COP21 responsibility of raising electricity generation from sustainable energy sources to 175 gigawatts by 2022.

“We have further extended the target to 450 GW by 2030,” he said, adding India has one of the lowest carbon emissions.

Expressing that India saw transformational changes in the energy sector over the most recent five years, the Prime Minister featured changes in oil and gas investigation and creation regime as well as gas marketing.

“India’s reform journey has been on the high speed in the last five years,” he emphasized.

The Prime Minister said like the seven horses driving the chariot of Sun god, India’s energy map will have seven key drivers.